The flaming sun and De Chirico - 2 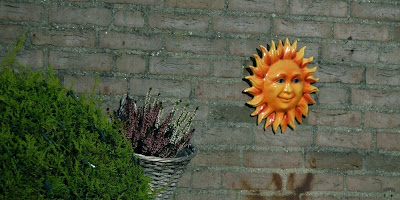 I'm always intrigued by the presence of the surreal "sun in splendor" in ordinary surroundings, creating a strident contrast. Especially in the boring suburbs of Rotterdam. I have written about this symbol before and will give more examples below.

It also reminds me of the late work of Georgio de Chirico. This Neometaphysics (1968-76) period is usually ignored by art critics but I find it very fascinating. It resonates with my interest in sky mysteries. See for example the Sun on the Easel from 1973. 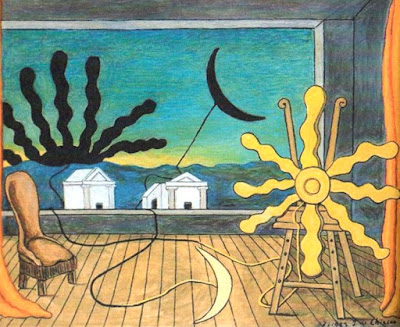 The official explanation says the following, and this could be an explanation for the ubiquity of the symbols:

... while thinking of Italy, its cities and ruins ... the suns and stars had returned to earth like peace-loving immigrants. Without doubt, they must have turned themselves off in the sky, because I saw them light-up once again at the entrances and gates of many of these houses ...

But another very interesting explanation says the following. I encourage you to read all of it:


In this canvas, Sun on the Easel, the theme of insight and out-sight is clearly apparent as he places a glowing sun (representing exterior sight) and a bright moon (interior thought) inside his studio with their darkened counterparts outside. 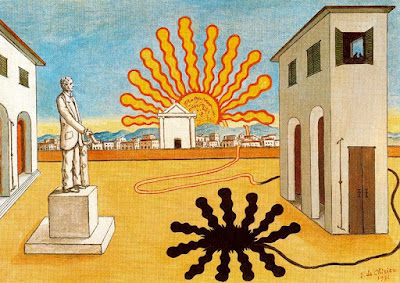 And I agree with this assessment of the quality of the late work of De Chirico: 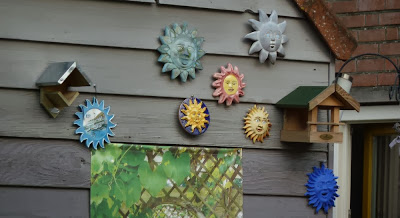 The suns that we see on the outskirts of Rotterdam and in shopping malls are just as surreal as the De Chirico paintings. 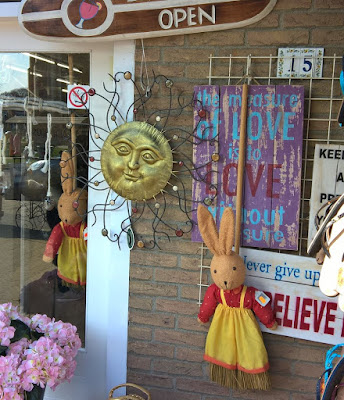 The sun symbol is old (Medieval) and irresistible. It infiltrates our bland modern surroundings. 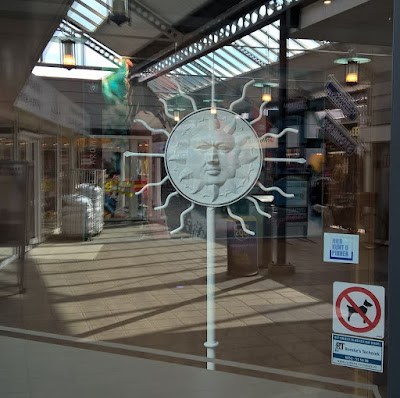 
For the Mexicans there were two suns, the young Day Sun and the ancient Dark Sun. Some scholars regard the mythological Black Sun as the ancient female origin of all, it is both tomb and womb.
Another interpretation holds that the sun god Huitzilopochtli crossed the underworld during the night bestowing light to the forgotten souls, however, he demanded human blood as payment to his tasks. 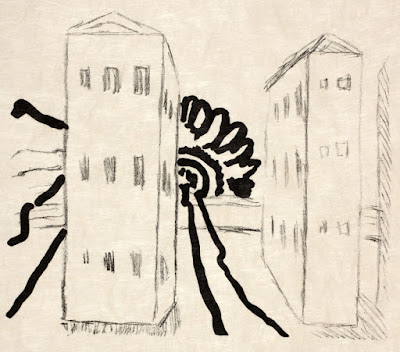 Sol niger (black sun or the crows head) can refer to the first stage of the alchemical magnum opus, the nigredo (blackening). In a text ascribed to Marsilio Ficino three suns are described: black, white, and red, corresponding to the three most used alchemical color stages. 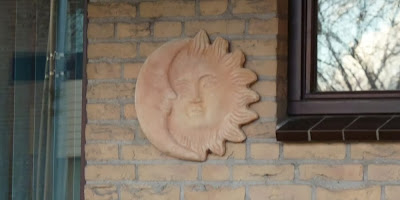 And the motif of the moon embracing the sun can also be seen in the De Chirico paintings. This website says the following, but they forget to mention the moon!

Interestingly, one gem of the Di Donna effort is de Chirico’s “The Two Suns,” a wonderful late painting from 1969 in which art triumphs over life: A vivid sun blazes from the artist’s easel while a black one sets over the city beyond. 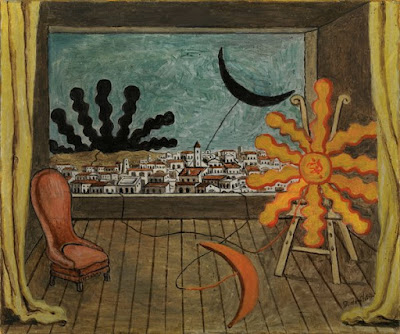 Most likely we will never know the correct interpretation of the De Chirico symbolism. Many ideas above are plausible, but they don't explain the cables linking the black and the golden sky bodies. Is it just an electric cable? Are these artificial sceneries in a theatre, that will be hauled upwards by some mechanism? We can only wonder and remember when we see a mysterious sun in the forgettable outskirts. 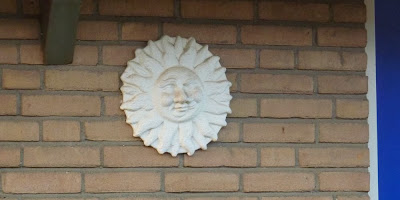