One of my little dreams is to make and give a workshop about topology for artists. It might be called:

What you didn't know about spaces.
Topology for artists. 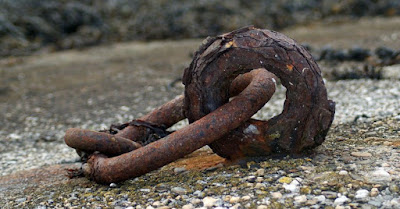 I don't know if I'll ever do it, but in the meantime I've had much fun with watching topology lectures on YouTube. There are many excellent ones.
I'm using the free book Topology without tears by Sidney Morris to learn the subject. It's very structured, rigorous and tough. It has many exercise problems. It is very challenging for me but strangely addictive. There are also several videos for the book. These are also rigorous and challenging, but worth watching very much:

Topology Without Tears by Sidney A. Morris

A short introductory series written by Victor Victorov and edited and presented by James Dilts. Topology of the Real Line:

An anonymous author gives a great series of introductory lectures on topology, starting with point-set topology:

XylyXylyX - What is a manifold?

And another anonymous author gives a great series of introductory lectures on topology, also starting with point set topology:

Just one example of applied topology. But a very good one:

John Elliot includes a lot of topology in his series on functional analysis. He starts from measure spaces and open balls:

A beginner's course in Algebraic Topology, given by N J Wildberger. Mathematics with roots in the work of Riemann, Klein and Poincare in the latter half of the 19th century.

A very inspirational series of lectures by Dr Tadashi Tokieda. Very different from the others:

Frederic Schuller gives several university level courses on mathematics and topology. The first lectures can be followed by anyone with bachelor-level math knowledge. They're extremely well structured. The first series starts from the fundaments of mathematics:

Frederic Schuller - Lectures on the Geometric Anatomy of Theoretical Physics