Yesterday I found this booklet at the Rotterdam second-hand book market. It was a difficult decision because I knew it would be a disturbing read. It's about Catholic orthodoxy clashing with Nazi ideology. That's much food for thought for just two euros. Almost too much. 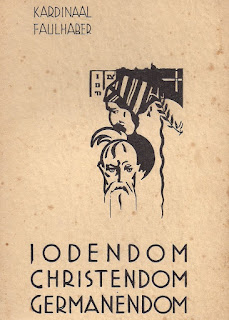 Content
The book contains the Dutch translation of the Advent sermons cardinal Faulhaber gave in 1933:

The sermons were given in St. Michael's, the largest church in Munich, though crowds were so great that both the neighboring churches, the Studienkirche and Bürgersaal, had to be connected by loudspeakers. In the sermons cardinal Faulhaber declared that he could not remain silent against attacks on, "the sacred books of the Old Testament ... When racial research, in itself not a religious matter, attacks the foundations of Christianity."

A sample of contents
I have not read the book in its entirety but I scanned the contents and read about the historical context. There are clear, brave and (unintentionally humoristic) statements against Nazi ideology:

There is no reason for us to turn our back on Christianity and to start a Nordic-German religion for fear we cannot demonstrate our national identity in any other way. But we should never forget that: We have not been saved through German blood! We have been saved through the precious Blood of our Lord (1 Peter 1,9).

The sermons are moderately anti-anti-Semitic but that does not make them pro-Jewish. There are some quite disturbing statements based on Roman-Catholic orthodoxy:

After the death of Christ Israel was dismissed from the service of Revelation. They did not recognize the hour of temptation. They had repudiated and rejected the Lord's Anointed, had driven Him out of the city and nailed Him to the Cross.

And some statements could be read as prudish and slightly hypocritical, but entirely in-line with Roman-Catholic practice. But also slightly disturbing if read in historical context:

In recent months an iron broom has swept much immorality from our national public life and let's thank God for that. But still it would be Jewish phariseeism to want to thank God that we should be better than other races and that our big cities should be examples of virtue when compared with Sodom and Gomorrah.
One thing is certain: The complete bible has no place in the hands of unripe school-youth. The S. Scriptures have been written for morally ripe people.

Opinions
As is to be expected opinions are mixed about cardinal Faulhaber. He took considerable personal risks by speaking out publicly against Nazi policies. But some historians argue that he did not speak clearly enough. He certainly took a stance against anti-Semitism, but some historians argue that he was held back by his Bavarian background, Roman-Catholic orthodoxy and "Realpolitik". That feels like a knot of history that will always resist untangling. For example, how should one interpret this fact:


Faulhaber supported ... the work of Amici Israël. He supported the group by ... admonishing preachers to steer clear of any statements that "might sound in any way anti-Semitic" ... its special aim was to seek changes to the Good Friday prayer and some of its Latin phrases like pro perfidis Judaeis ...

[Amici Israël] was dissolved in March 1928 on the decree of the Vatican's Congregation of the Holy Office on the grounds that its perspectives were not in keeping with the spirit of the Church.

Interesting connections
There is also an interesting link with other German resistance figures. Cardinal Faulhaber was a supporter of the orthodox anti-Nazi publication Der Gerade Weg (The straight path) published by  Dr. Fritz Gerlich, who was arrested and later executed in a concentration camp. The history of this anti-Nazi newspaper is beautifully described in the book Explaining Hitler: The Search for the Origins of His Evil by Ron Rosenbaum.

The Rotterdam second-hand book market keeps surprising me. Yesterday I bought a thin booklet from 1972 for one euro. It's catalogue nr. 530 of the Stedelijk Museum in Amsterdam for an exhibition of the German artist Reiner Ruthenbeck. Two artworks caught my attention. One is conceptual the other is psychogeographical.

Wohnungsobjekt II - (Living space object, 1974) A block of frozen black ink that has to be kept in the freezer. ﻿ 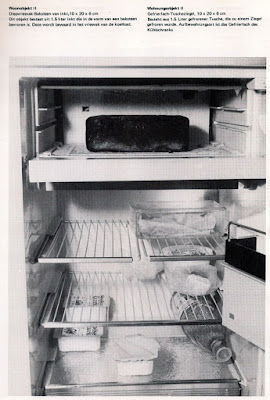 I find this a delightful idea. It is so horrendously impractical and economically unsustainable that it forces you to re-think your normal use of living spaces, household appliances, artworks and the art market. Imagine having to sell this object. Imagine it melting during a power outage.

Dachskulpturen - (Rooftop sculptures, 1972) Photographs of air-raid sirens atop rooftops, accompanied by a 45-rpm vinyl recording of a test air-raid alarm. 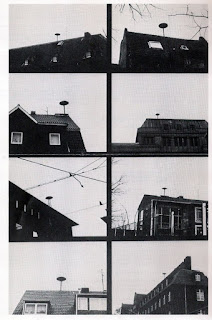 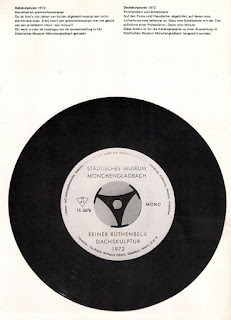 Again a delightful idea, that is impossible to replicate nowadays. All these small local sirens have disappeared and have been replaced by big centralized sirens. I can imagine how the artist read them as installations, as sculptural interventions in public space.

From a strange planet - 8

Road webcam fascination
The silent pictures of Scandinavian traffic-webcams have a strange fascination for me. I'm trying to analyze this effect. My previous analyses of the webcam obsession are here: part 7, part 6, part 5, part 4, part 3, part 2, part 1. I used video, fiction, literary criticism and art to think through this window on far-away worlds.

Street-view camera search
Then I went searching for the cameras on Google Street-view. This could be done in real-life. It would be fun to drive to Norway and to photograph myself in front of these cameras in far-away places. An expedition to pointlessness? Original conceptual art? Will you fund the project? 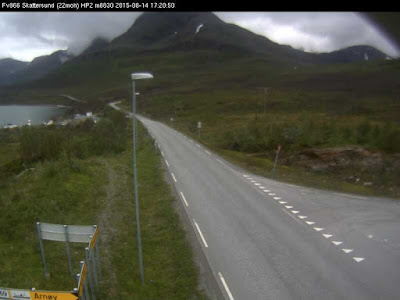 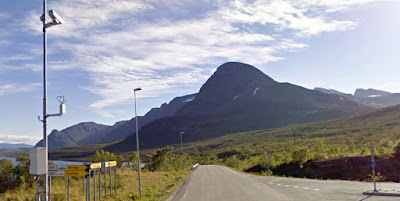 The existence of the place is confirmed. Seeing one remote place through two different media gives an enhanced sense of presence. Seeing the camera while seeing the picture shown by the camera is strangely empowering. 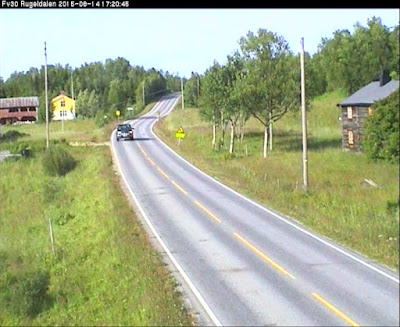 Same season and the same light. The camera has been mysteriously doubled by Street-view. 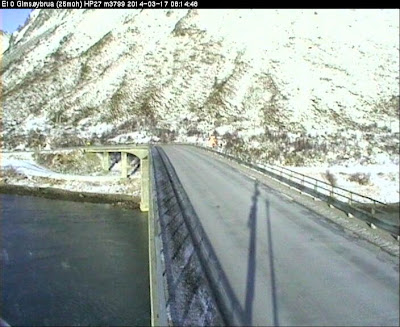 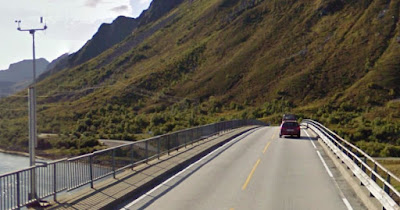 The camera can be seen as a shadow in its picture. But I cannot find this on Street-view. Has the bridge been re-built in the meantime?

I'm building a mental map of meaningful places in Rotterdam. There is one rule: I have to remember the place myself. I cannot use my photo archive and I cannot use books. It has to be personal. The previous parts are here: part 1, part 2, part 3. The complete map can be browsed here: Google maps. 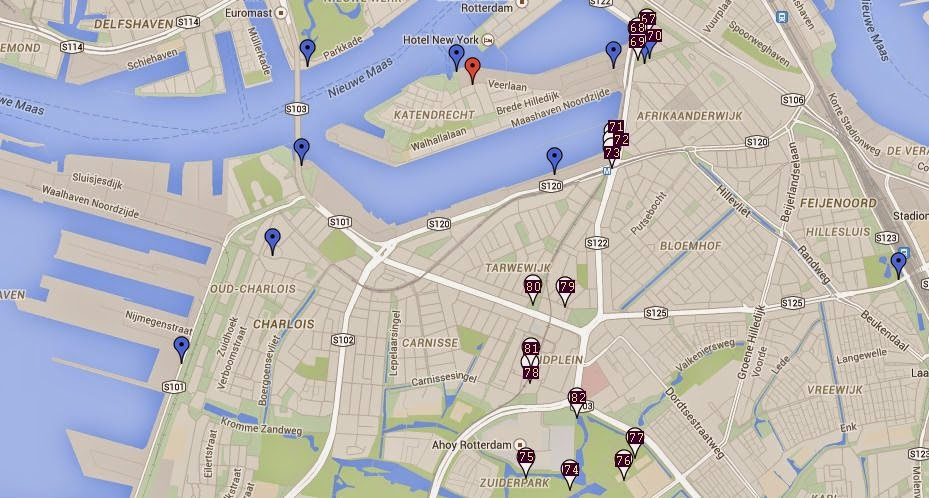