Recently I found this quote by Catherine Malabou. It echoes the inscrutable poetics of  Jacques Derrida. The message is simple:
The corollary is that you don't need travel to find the unexpected. You can find it in your everyday surroundings. But you have to make yourself accessible. And that takes a lot of hard work, especially in the places you know best.

I interlace the quote with observations from my own daily surroundings at Rotterdam Central Station. Some small encounters with the unexpected while waiting for an appointment.
Note: If you replace "the unexpected" with "God" you are suddenly in line with Ignatian spirituality. But it is much more difficult to take photographs of an encounter with God. 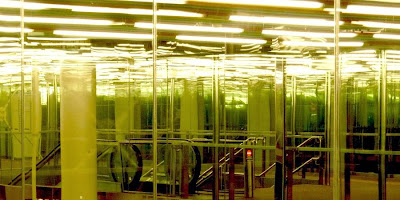 A voyage ordinarily implies that one leaves a familiar shore to confront the unknown. 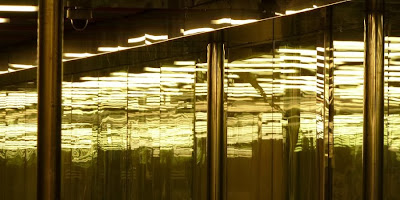 The traveler derives or even drifts from a fixed and assignable origin in order to arrive somewhere, always maintaining the possibility of returning home, of again reaching the shore of departure. Travelers drift as far as their arrival, thus completing the circle of destination. 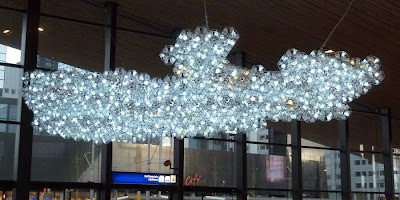 Within that circle there can and must be produced what confers on the voyage its sense and allows it to be distinguished from a simple movement or displacement, namely the event of the foreigner. In fact, the very thing one always expects of a voyage is that it will deliver "the other"-the unexpected, a type of defamiliarization if not adventure or exoticism. 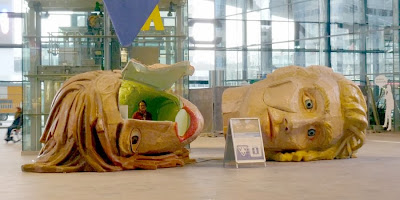 One can always travel afar, but if there is not this sudden emergence of otherness, whatever form it may take, the voyage isn't accomplished, it doesn't really take place, it doesn't happen or arrive. The event that abducts the traveler's identity and allows an opening to alterity to become experience of the world in general must occur by surprise and remain incalculable. 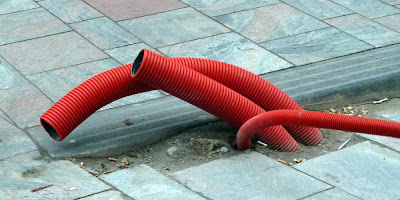 But since this event is the condition of possibility of any authentic voyage, it obeys a type of programmed chance. 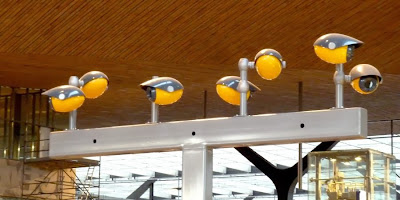 There is no true voyage without an event, no arrival without arrival. What must happen or arrive is the drift or deviation that allows the other to appear in the flesh. Every surprise, every digression, every errance comes thus to be inscribed, in truth, on the horizon.