The bookshop of doom 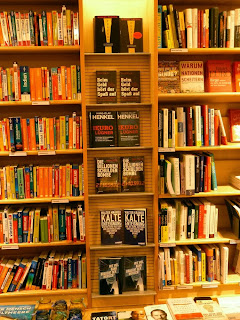 I was in this prematurely air-conditioned supermarket and there were all these aisles. And there were these bathing caps that you could buy that had these kind of Fourth-of-July plumes on them that were red and yellow and blue. And I wasn't tempted to buy one, but I was reminded of the fact that I had been avoiding the beach.

No ...
I was in this bookshop in Thun, Switzerland. And there were all these aisles. And there were all those books predicting the downfall of Western Civilization. And they were red, white﻿ and grey. And I wasn't tempted to buy one, but I was reminded of the fact that we're living in the end times. Just look at the titles above:
The fun stops where money begins
The Euro liars
The billion debt bomb
Cold foreclosure
How much bank does a man need?

And at the other side of the aisle: 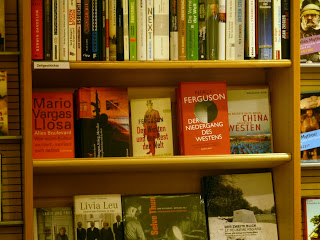 He who loses culture loses everything
The West and the rest of the world
The downfall of the West
The next cold war, China against the West
And a few steps further:﻿ 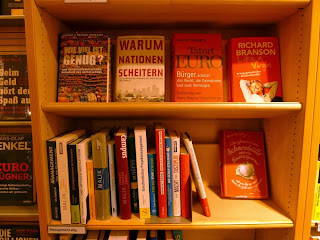 How much is enough?
Why nations fail?
Crime scene Euro

May you live in interesting times ... well, whoever ordered them, he can have them back ...

Introduction
The motto of hopeless geology is a quote from Bob Dylan:

Because something is happening here
But you don't know what it is
Do you, Mister Jones ?

And it's main emotion is frustration. But we need not give in to frustration. We may not explain everything we see, but we may be proud that we noticed some phenomenon. That we noticed something that many others ignore.
Parallel questions - Hoek van Holland
A simple stroll in January along the beach can raise more questions than hours of (Internet) research can answer. And the situation becomes even more puzzling when two separate walks raise the same questions. 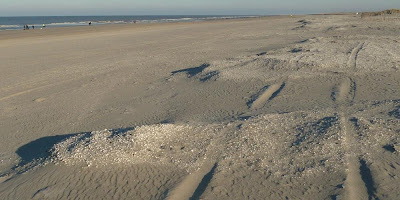 During two walks I saw these little cliffs of shells at the beach. They raise questions like:
I can only speculate, but I suspect that they are recent and that they have been created artificially when sand was suppleted to strengthen the natural dunes. 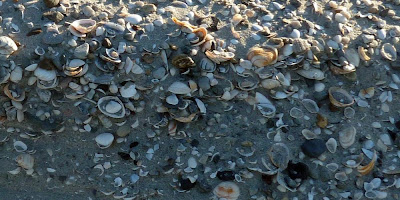 This again raises some questions:
It is certain that sand was suppleted here in 2009. But I could not find more detailed information for Hoek van Holland. But there are suggestions that the shell-cliffs are artificial and that the sand comes from the deeper continental shelf. The strongest evidence is this piece of fossil bone. In the Ice Ages the Dutch continental shelf was dry and was inhabited by mammoths and sabre-tooth tigers. 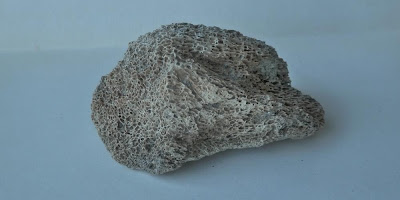 Parallel questions - Rockanje﻿
Similar shells cliffs can be found on the beach at Rockanje. These are lower and they contain much  strange material. 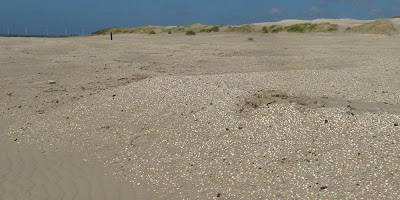 Some information is available in the magazine of the Geology Working Group of the Royal Scientific Society of the Zeeland Isles. Fossils from the Pliocene (5.3-1.8 My) and Tertiary (65.5-5.3My) epochs have been found. These come from sand that has been artificially moved here from deeper parts of the coast.﻿ 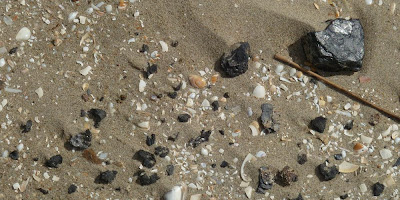 But here there is so much modern-looking material that I cannot understand where this came from: brick, burnt wood, gravel and slag. This cannot be fossil material. But on the other hand it looks old and eroded, like it lay in the sea a long time. A mystery. 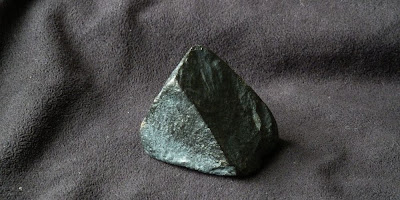 For example, this piece of basalt cannot be natural. There is no volcanic rock anywhere in the Netherlands (or the whole Benelux). The rock is imported to strengthen the dikes. This rock means that the sand cannot be older than 300 years. It must have lain in the sea a long time because it has been polished smooth.﻿ 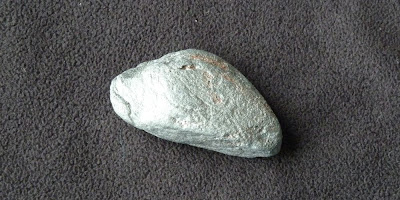 Even more mysterious is this heavy glistening pebble. It is not shale, it is not mica, it is not aluminum. I speculate that it is chromium ore. This must have lain in the sea a long time because it has been rounded by the wave action. 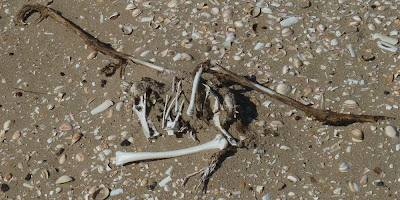 Deeper in the dunes nature is reclaiming its territory. Much of the sand has been solidified, probably through colonization by algae. The first grass and plants are probing the empty area. Traces of wildlife are everywhere. 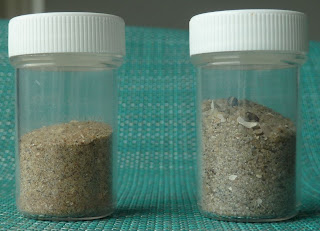 Notice the color difference  between the sand from Rockanje (left) and Hoek van Holland (right). I would need a microscope to investigate this further. And I recently realized that the sand grains might be extremely old, even Precambrian.

There are no Precambrian rocks in the Netherlands and they are rare in the whole of Europe. But you can find Precambrian material even at the surface. Many of the grains of sand in Dutch rocks are breakdown products of rocks that were formed in the Precambrian and were recycled by geological history. These grains have roamed our surrounding areas. The average Dutch grain of sand is two billion years old!