I'm building a mental map of Rotterdam. There is one rule: I have to remember the place myself, without artificial memory aids like archives, books and photographs. It has to be personal.

The previous lists of pilgrimage destinations are here: part 1, part 2, part 3, part 4 and part 5.  The complete map can be browsed on Google maps. 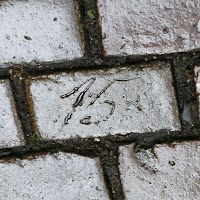 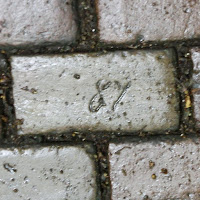 Street numbers
This edition will be dedicated to "street numbers": numbers found on (usually older, brick) cobblestones throughout Rotterdam.

Numbered bricks are rare but often they form clusters. If you search for them actively they're nowhere in sight. Then you go for a random walk and you see several of them. And afterward it takes several years to see new ones.

The numbers are handwritten and they point to a pre-industrial age without labels and barcodes, when administration was done on "the thing itself." I don't know the age of these cobblestones and I don't know where I could find more information.

Note: I'm not the only one obsessed by details like this. The "Forgotten NY" website has a whole chapter on cobblestones. They have bricks but they don't mention numbers.

This is my current list. Note: I have not kept records of the earliest street number locations. They could be incorrect: 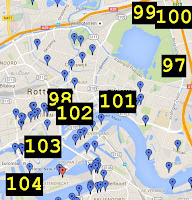 The map demonstrates the random distribution of numbered cobblestones. Some clustering is predictable because one batch of bricks will be laid in one specific area. And - assuming that during road works bricks are dug up, laid aside and then replaced again - a cluster of numbered bricks can stay in place for many years.

Modern numbered cobblestones also exist. But they're numbered industrially and not by hand. Example from Hardinxveld-Giessendam (2011) and the Hague (2014).

In an older post I cited John Burroughs (1918):
Magpie construction site
My personal birds give me much pleasure, especially since they've started to make their nest opposite my kitchen window. You can see the progress on their building site: 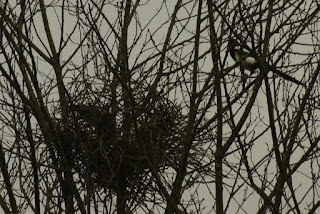 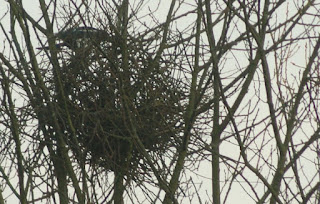 Exactly like their Wikipedia article they build their nest in:
Bird count
Each year I try to participate in the National Garden Bird Count. My area is almost standard and has all the top-10 birds, except the sparrow. We have no sparrows in our territory, even though they're nr.1 in the national bird-count.

Last year I tried to photograph all my local birds and, using our balcony bird-feeder, I recorded some of them on my own doorstep. I add their rank in the national bird count below. 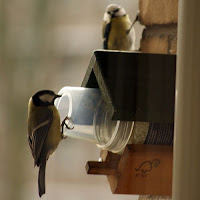 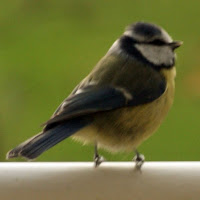 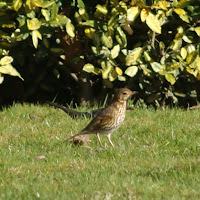 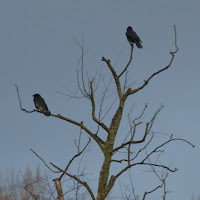 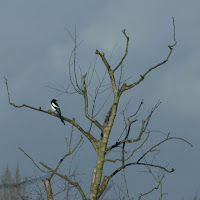 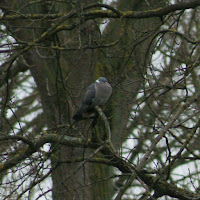 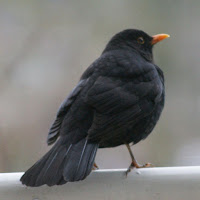 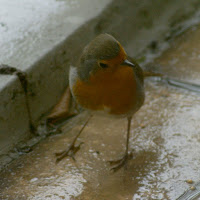 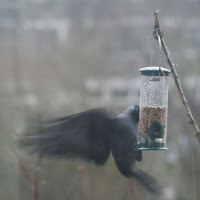 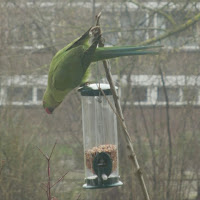 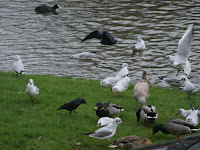 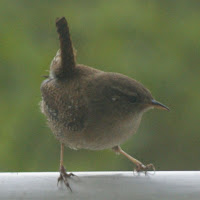