Joanne Lee has published a wonderful meditation on chewing gum, artistic creation and aesthetics. You can read the PDF here or listen to the essay on Soundcloud. One of her subjects caught and focused my attention on shapes and especially on formless shapes. My earlier post is here: part 1.﻿ 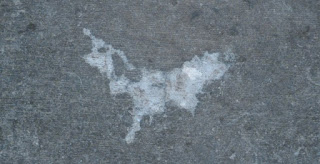 One obvious observation is that natural irregular shapes - no matter how they were created - are usually quite harmless and even aesthetically pleasing. This irregular fossil in limestone could have dark associations of bats and night-monsters. But its cloud shape is aesthetically pleasing and harmless. It's even an unfathomable shape - at least for an amateur - because it's not immediately obvious how it was created.

And while Joanne Lee (see the previous post) postulated that the shape of dog shit is aesthetically irredeemable - and I agree - these bird droppings still have some fractal appeal. The characteristic splash outline is forgettable, but it's not disgusting nor unfathomable.

To get real ugly shapes we have to look at man-made shapes. And not at new shapes but at decayed shapes. The moment when human design meets entropy. When an artificial object shows its real Frankenstein face. When paint starts peeling and objects finally confess: "We really hate you, humans!" This is the secret language of objects. These shapes are aggressive and uncanny. They are not forgettable, they are infectious graphic prions:

As the geometry continues to become more intense, vivid and bright it now completely blocks out or replaces the external world and one's sense of normal sight becomes completely impaired. This creates the sensation that one is no longer within the external environment but has "broken through" into another reality. 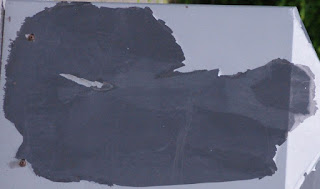 ﻿
Some shapes really can be hatful in their ugliness. But could they be really be harmful? This idea has been postulated by the Scandinavian artist Leif Elggren:


"Virulent Images-Virulent Sound" (2003) includes health warnings on biohazard due to its highly aurally and visually contagious sounds and images taken from HIV, Rabies, Influenza, Ebola and Smallpox among others biologically lethal agents. 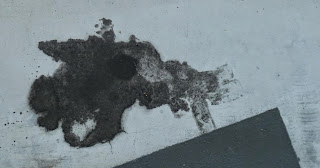 ﻿
Of course the idea is interesting and artistically stimulating. But I fear that evolution would prevent organisms from being this fragile - if shapes could harm an organism then this species would be quickly eliminated:

Daoloth's indescribable shape causes viewers to go mad at the sight of him; thus, he must be summoned in pitch-black darkness. ... Those enveloped by the god are transported to utterly bizarre and remote worlds, usually perishing as a result. ... One request that can be made to Daoloth, ... is to view things as they really are, not as our veiled senses perceive them. The sight is more than one can bear. 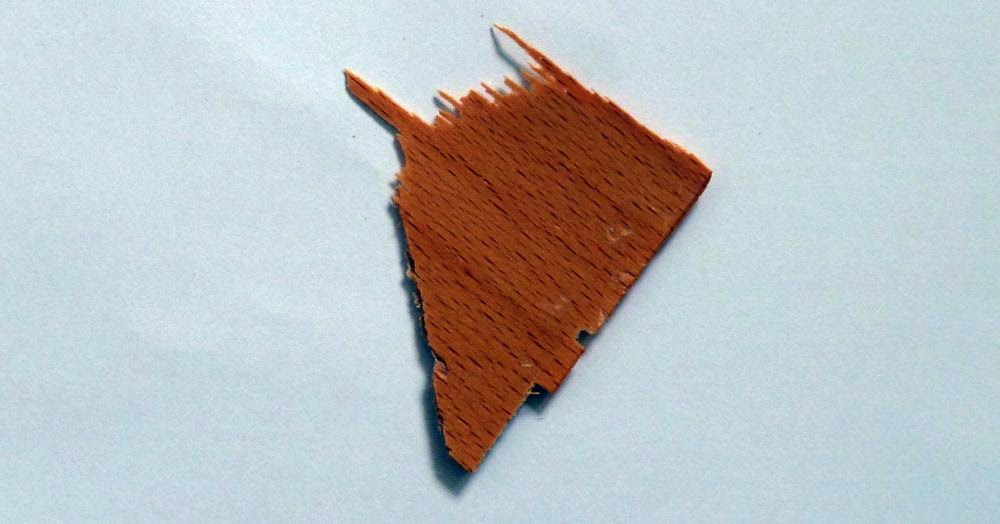 You could model the mathematical space of all possible two-dimensional shapes. It would be a large, but finite and countable set. Then you could search this space for ugly and evil shapes. And maybe you would find some shapes that no one has seen before and that no one has ever imagined. This would be an interesting and doable exercise.

Mathematics directs the flow of the universe, lurks behind its shapes and curves, holds the reins of everything from tiny atoms to the biggest stars.

But I would speculate that any emotion caused by shapes is based upon some meaning that we attach to them. Like in a Rorschach test we do not see abstract shapes but we see actors with intent. We are programmed this way by evolution. Shapes are evil because we see evil monstrosities in them. And sometimes the monstrosity resonates with some of our fears:

For had he not written that "personal well-being serves solely to excavate within your soul a chasm which waits to be filled by a landslide of dread, an empty mold whose peculiar dimensions will one day manufacture the shape of your unique terror?"

While searching for artworks in Rotterdam I found these alienated garbage bins in The Hague. Artworks by the Japanese artist Yumiko Yoneda.
Things become more interesting when they're made useless. Things that refuse to act normally and don't blend into the background.
What would Heidegger say about this: Zuhandenheit or Vorhandenheit? An object that looks ready-to-hand at first sight but then forces you into a present-at-hand mood? 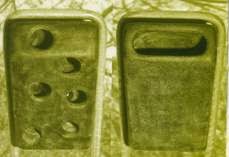 Strange that there are no more pictures on the Internet. One would expect that more people were intrigued. Or are the bins too perfectly camouflaged as utility objects? And what happened to the second garbage bin? 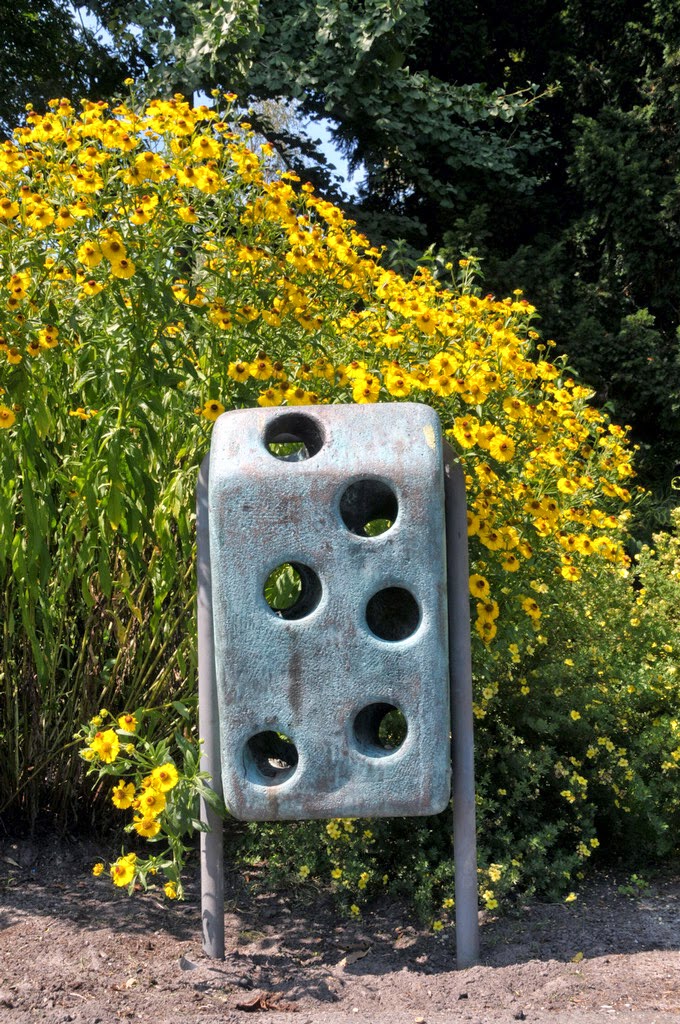 Picture by: FaceMePLS
Yesterday I went looking for the garbage bin in it's natural habitat in the Westbroekpark in The Hague. There are nice roses and many bronze sculptures. And many garbage bins. But I couldn't find this specific one.
And I noticed that the design of the bins has changed since. There are new ones and this shape is not in use anymore. The bin has lost its camouflage but it still evaded detection.

I asked several people if they knew about the modified garbage bin.﻿ I asked the owner of the local teahouse. I asked one of the gardeners. No one knew of its existence. Maybe it's just a dream the city is dreaming. 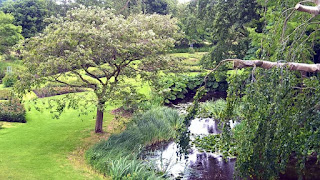 Finally I understood what the problem was ... I had been looking in the wrong park. The bin stands in the Zuiderpark not in the Westbroekpark. Knowing about the sculpture collection in the Westbroekpark, I had automatically assumed that the bronze bin must belong there.
﻿
﻿
Sources:
http://www.obs-erasmus.nl/kunstproject/beelden.htm
http://commons.wikimedia.org/wiki/File:Den_Haag_Zuiderpark_Yumiko_Yoneda.jpg
https://www.flickr.com/photos/faceme/3879166912/
http://www.yumikoyoneda.com/
https://en.wikipedia.org/wiki/Heideggerian_terminology#Present-at-hand
No comments:

I was reminded of this song  from the Winterreise by Schubert when I discovered a set of pseudo-sundogs in the city. Real sundogs are caused by ice crystals in the atmosphere. These sundogs were caused by well-positioned glass.

I am an enthusiastic sky watcher and I like to discover new interactions of nature and city. Last week I was doing a delivery in the evening. Beautiful weather, beautiful sunset. As I stood still on the crossing of the Hoge Filterweg and the Nessedijk I noticed reflections of the setting sun from two different buildings. One apartment building where students live: 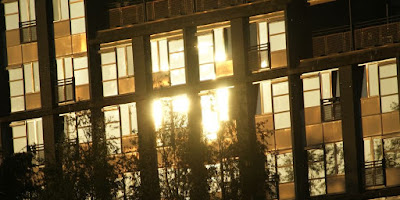 And another one with luxury apartments and a view of the river: ﻿ 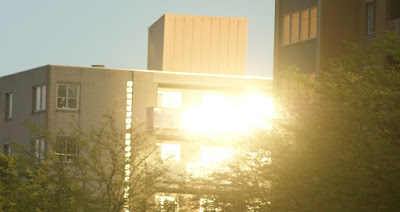 I could also still see the sun through the trees:

After plotting the geometry on Google Maps all the angles seemed to match with my observations:﻿ 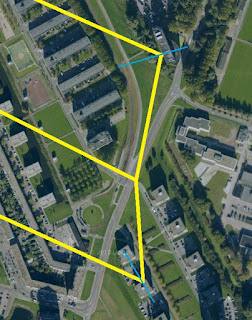 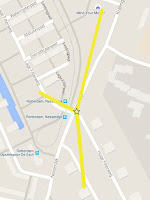 This was serendipity in action. How large was the chance of me being at the right place at the right time in a sufficiently receptive mood? ﻿How hard would it be to find another situation like this? A similar arrangement of buildings?
Would this be a bigger or smaller chance than randomly buying four objects in a supermarket and getting a sum of exactly 10 euro? This also happened this week: 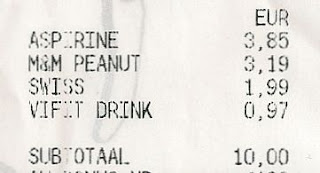 Actually this chance could be 1% if one ignores the combinatorial complexities. Which is relatively large. Is the chance of finding more multiple reflections larger or smaller? And could one find triple and quadruple reflections?